Professor Kevin Ripka is teaching JMC:4310 Advanced Topics in Designing/Producing for the second time this fall. However, this year is the first time getting to meet in person for the entire semester.

The class made its debut during the Spring of 2019, the same semester that Covid-19 swept the world. This threw a huge curveball at Professor Ripka forcing him to alter the course to an online-friendly format from their usual in-person classes.

This section is an interactive class that focuses on 360 photos and videos, virtual reality, augmented reality, reality capture (creating virtual assets from the real world), interactivity, and linear and non-linear storytelling. Not being in-person made it more difficult for the students because they couldn’t use the labs and equipment, but they made the most of it and were still able to use free software online.

“I had to pivot the class to other emerging technologies that students could do from their homes,” Professor Ripka said. “We wound up exploring some augmented reality, new games, and chatbots. This semester I’m teaching it as I originally planned, however, technologies have changed during that time. Some online software has shut down and I had to scramble to find new avenues.” 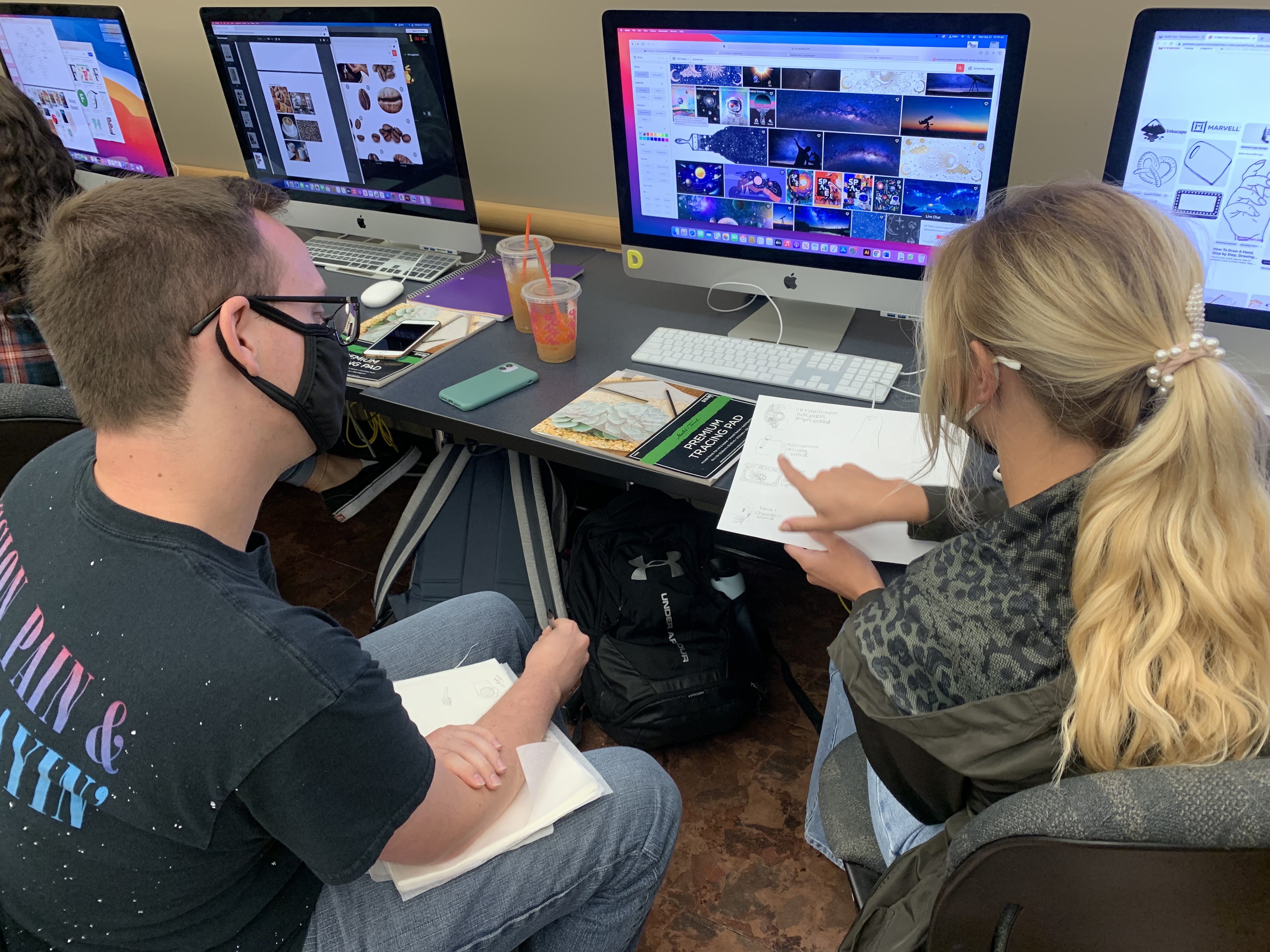 Since being back in the classroom this semester, students have been able to utilize some of this technology and get the full experience of learning how to use virtual reality. One of the bigger goals of the class was for students to create their own scene and have it run on the Oculus Quest 2, a virtual reality headset. Throughout the semester students have been working with the Oculus Quest 2 to fully learn the ins and outs of virtual reality, while expanding on what they have learned from previous courses.

“The main goal of the course is exploration,” Professor Ripka said. “It’s a 4000-level course, so students should have a good foundation in storytelling and journalism using traditional media. The crux of the class is taking those skills that are overarching and exploring how to best use them in these new media and find out what the media is and isn’t good for.”

This is what makes the class so compelling. It expands on the traditional journalism skills, while also adding the skills of modern visual storytelling. 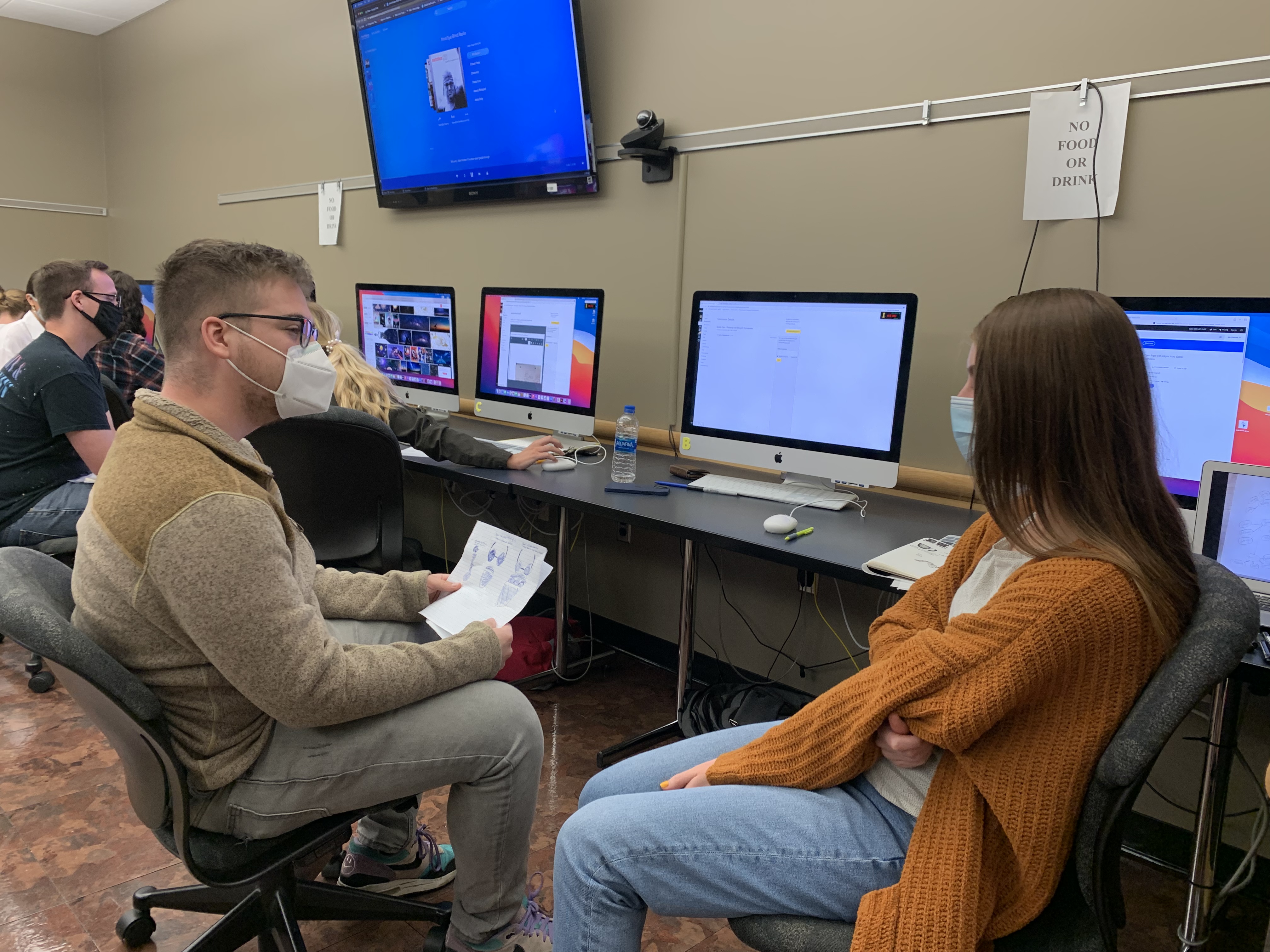 As previously mentioned, Professor Ripka introduced the use of the Oculus Quest 2. This virtual reality headset is playing an integral part in teaching students the ins and outs of creating virtual reality. The Oculus Quest 2 is popularly known for its games and fitness activities, but there is also a growing community that is using it to produce movies and forms of journalism.

“It’s not that they are learning to use VR, but they are learning how to create VR,” Professor Ripka said. “All technologies have a cool factor when they’re new. But that eventually fades, and you're left with having to create a compelling story that utilizes the strengths of the medium that engages your audience.”

Throughout the course of the semester students are tasked with completing various activities. Each activity builds on one another to prepare them for the final project. This is where they put all the skills they learned during the semester to the test as they are asked to create a web page paired with a written story, a package of multiple 360 videos, or a VR open world story. Depending on what route you take, this project may also rely on the student to do some outside research of their own.

As for the future, Professor Ripka is unsure of where this class is heading but that in itself is part of the class.

“I have no idea. My plan is just to be reactive to what’s happening at the time I teach the class. It has to be constantly updated,” Professor Ripka said. “Technologies change. So much of what we use wasn’t around while I was in college. But, with a foundation in all the journalism skills we focus on and a willingness to explore, you can take any new technology and make something great with it.”